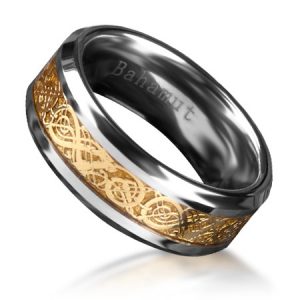 The Wagner scholar Brian Magee once stated that great music was music greater than it could be performed, or words to that effect. In essence his thesis was that the music was greater than could be mirrored in a single performance. There were many different ways of interpreting the music, each equally valid, but none representing more than a partial view of the work.

Nowhere is this more true than in the work of Richard Wagner in general and, specifically in his colossal masterpiece Der Ring des Nibelungen. Even by the standards of Richard Wagner, and he wrote some very large operas, the Ring is monumental. A trilogy of operas with a preparatory vorabend, the work is on an unprecedented scale. The vorabend itself, 150 minutes without an interval, is longer than most operas. Most think of it as a tetralogy.

In the 140 years since its premiere at Bayreuth in 1876, no work has been more analysed, interpreted, misinterpreted, championed, vilified, adored, hated or studied than the Ring. One thing it has never been is ignored. Wagner’s music and especially that of this tetralogy stands as a monolith over the 19th-century, influencing philosophy, drama, music and politics ever since.

The music of Wagner has been adopted, or more accurately misappropriated, by politicians to their own end. Especially right-wing politicians. And there is no sadder association in this respect than with the ideology of Adolf Hitler. Wagner was no right-wing politician. He espoused left-wing ideals and revolution. Apart from his lamentable anti-Semitism, his politics were allied more with the left than the right. And even his anti-Semitism came second to art – the world premiere of Parsifal was conducted by Hermann Levi.

It is one of the greatest tragedies of mankind that a deluded Austrian corporal should have built his own perverted ideology on the flaws rather than the strengths of Wagner’s character. His mistaken grasp of Wagner’s key philosophy destroyed an entire world order. We should not be surprised that our perception of Wagner is tainted by this association.

Normally I would not discuss politics in the context of opera but the Ring is such political opera that it is impossible to ignore. At one level the tetralogy is a gigantic fairytale saga of gods, men, giants, dragons, dwarves and heroism. And the operas survive perfectly well as nothing more than that. It is easy to stage a production of the Ring that concentrates on the magic and good old-fashioned storytelling. For many, that is the way into the world of the Ring, an easy way of dipping one’s toes into the visual and sound world of Wagner.

But the Ring is so much more than fairytale. The Ring is a political drama. Alliances are forged, truths are told, friendships are betrayed on the altar of expediency, power is widely used and equally abused. The events of this mighty drama, stripped of their winged helmets and horns, are as relevant today as ever. The drama of Gotterdammerung has been played out in Bosnia, in Somalia, Rwanda and elsewhere. The Ring is as meaningful today as ever.

The Ring is also an exploration of human psychology. How are human beings motivated to take one course of action over another? What drives and urges determine action? How do people balance short-term and long-term benefit? Do human beings truly behave altruistically? Where does personal benefit end and collective good begin? How are choices made and factors weighed? All of this and more forms part of the fabric of the Ring.

Interwoven throughout this complex fabric of fairytale and politics is a very human story of love in its many facets. There is love at its most conventional, represented by marriage, on the one hand. There is the forbidden physical love of brother and sister. And there are all points in between. The Ring is as much an exploration of love as anything else.

To regard this tetralogy as somehow irrelevant to our current times is to betray, at worst, a fundamental lack of understanding of the work or, at best, a disinterest in life and its many features. There is no work of modern art to parallel Der Ring des Nibelungen.